The Most Costly Cyber Attacks of 2022: Trends and Impacts

2022 has seen a number of costly cyber attacks, with critical infrastructures such as health systems, small government agencies, and educational institutions being targeted.

Ransomware has proven to be a popular attack method for both large and small organizations. While organizations may not disclose the costs associated with a cyberattack, the loss of consumer trust can be a significant risk following any major attack.

The cost of a cyber attack

The cost of a cyber attack goes beyond financial losses. Businesses can suffer from a significant loss of consumer trust and damage to their reputation following an attack, which can result in a decline in customer loyalty and a decrease in sales and revenue.

Cyber attacks can also disrupt business operations and negatively impact productivity and efficiency. In some cases, the cost of recovering from an attack and implementing stronger cybersecurity measures can be long-lasting.

Here are the twelve most expensive cyberattacks of the past year, along with the trends that have defined major threats from the beginning of 2022 to now:

A summary of the major 2022 cyber threats

The trend seen in 2022 is an increase in costly cyber attacks targeting a variety of organizations, including health systems, government agencies, and educational institutions, as well as major corporations.

How to prevent a ransomware attack?

To prevent a ransomware attack, organizations should implement strong cybersecurity measures and educate employees on things such as how to recognize and prevent phishing attacks. It is also important to have a response plan in place and isolate infected systems to prevent the spread of the malware.

When your organization is impacted, don't waste precious time looking for the right security partner. It could mean the difference between a swift recovery and a complete shutdown of business operations. Check out our Zero Down Incident Response Retainer service. 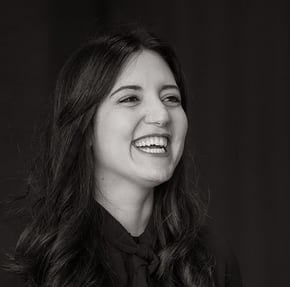 As a company, protecting your sensitive data should be a top priority. With data breaches on the rise, it's essential to take ...
Start Reading
Alex Dow Aug 26, 2021 2 min read

The NSA's Kubernetes Hardening Guidance in 5

Cyber Primers: Secure Browsing In another Cyber Primer, we covered the importance of network security, but it is important to ...
Start Reading